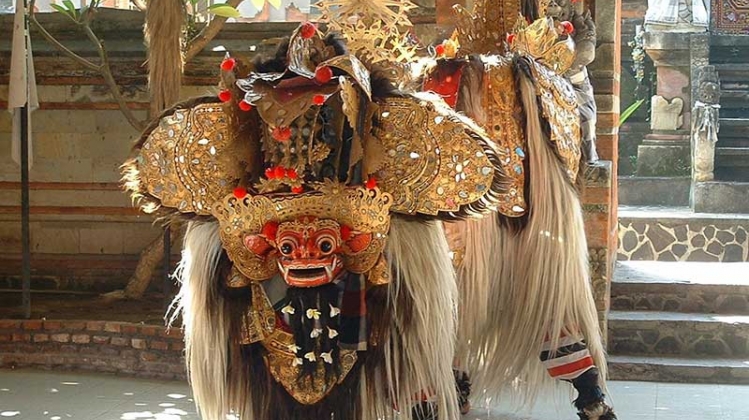 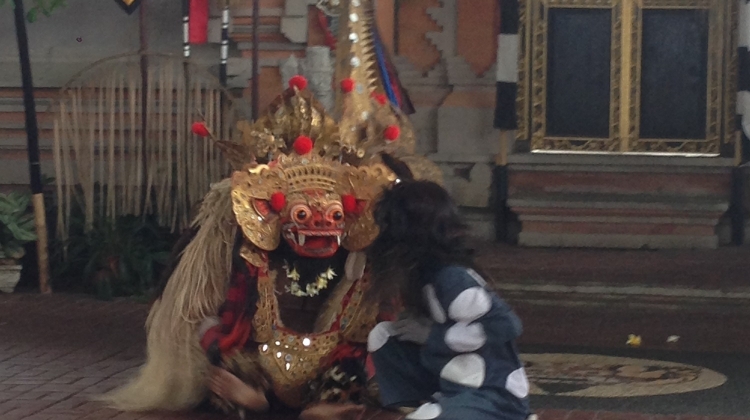 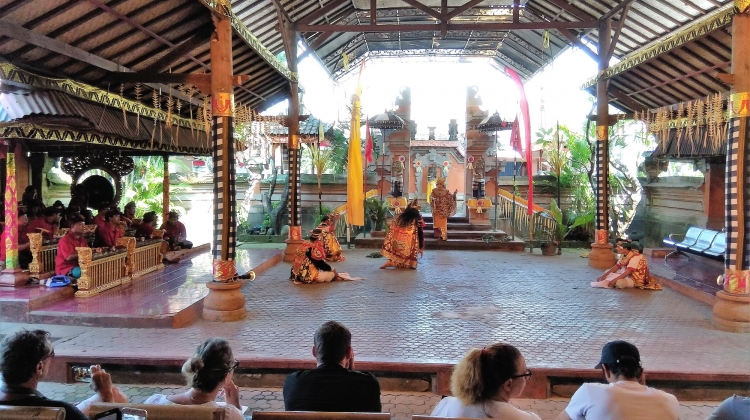 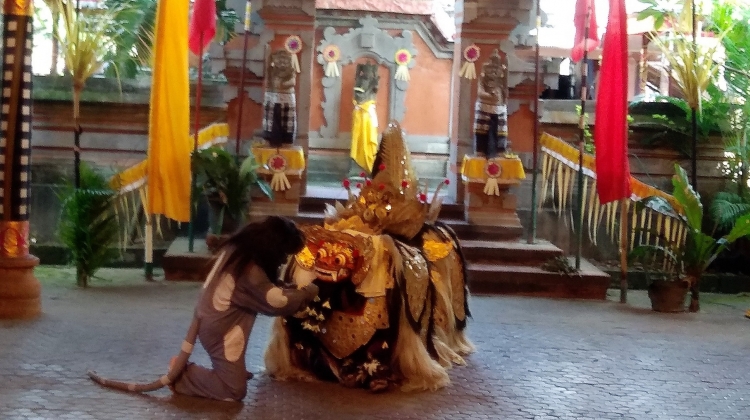 Barong is probably the most well-known dance. It is also another story telling dance, narrating the fight between good and evil. This dance is the classic example of Balinese way of acting out mythology, resulting in myth and history being blended into one reality. The barong is a strange creature, half shaggy dog, and half lion, propelled by two men like a circus clown-horse. The widow-witch Rangda is bad though and certainly not the sort of thing you'd like to meet on a midnight stroll through the rice paddies. The Barong dance is truly a triumphant display of bright colors and graceful movements.

Barong dance, narrating the mythological fight between good and bad. In the story Rangda, the mother of Erlangga, the 1Oth century king of Bali, was condemned by Erlangga's father for practising black magic. After becoming a widow, she summoned all evil spirits in the jungle to go after Erlangga. In the fight she and her black magic troops were so strong that Erlangga had to ask the Barong for help. In the end the Barong and Erlangga's troops win against Rangda and the demons.

The story goes that Rangda, the mother of Erlangga, the King of Bali in the tenth century, was condemned by Erlangga's father because she practiced black magic. After she became a widow, she summoned all the evil spirits in the jungle, the leaks and the demons, to come after Erlangga. A fight occurred, but she and her black magic troops were too strong that Erlangga had to ask for the help of Barong. Barong came with Erlangga's soldiers, and fight ensued. Rangda casted a spell that made Erlangga soldiers all wanted to kill them, pointing their poisoned keris into their own stomachs and chests. Barong casted a spell that turned their body resistant to the sharp keris. At the end, Barong won, and Rangda ran away.

Somebody can die or get seriously injured in a Barong dance. It is said that if Rangda's spell is too strong, a weak soldier may not be able to resist it, even with the help of Barong. He may end up hurting himself with his own keris.

The masks of Barong and Rangda are considered sacred items, and before they are brought out, a priest must be present to offer blessings by sprinkling them with holy water taken from Mount Agung, and offerings must be presented.

Another Interest Place can be visit when do Barong & Kris Dance Tour : 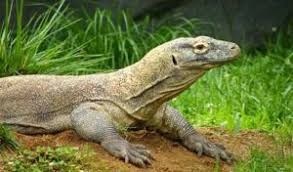 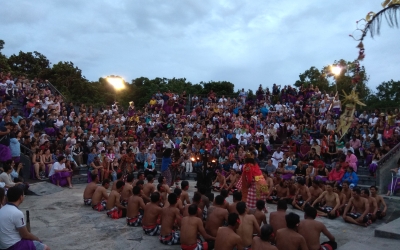