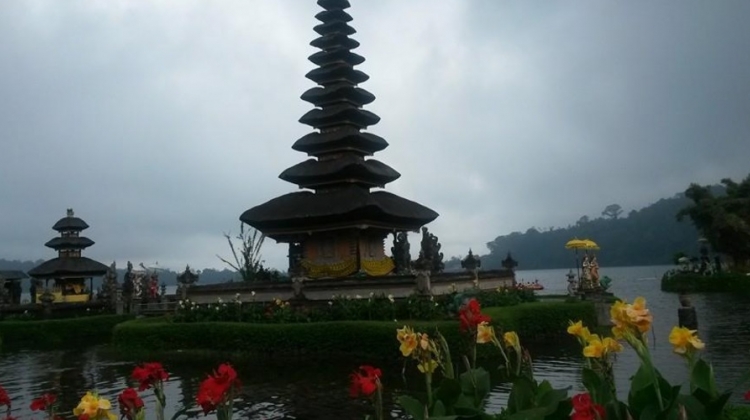 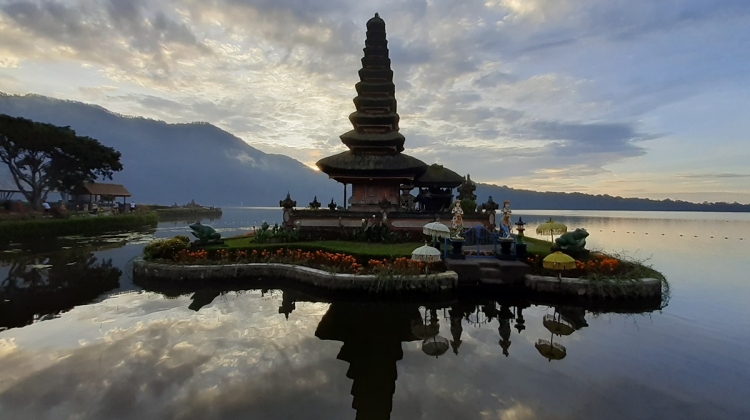 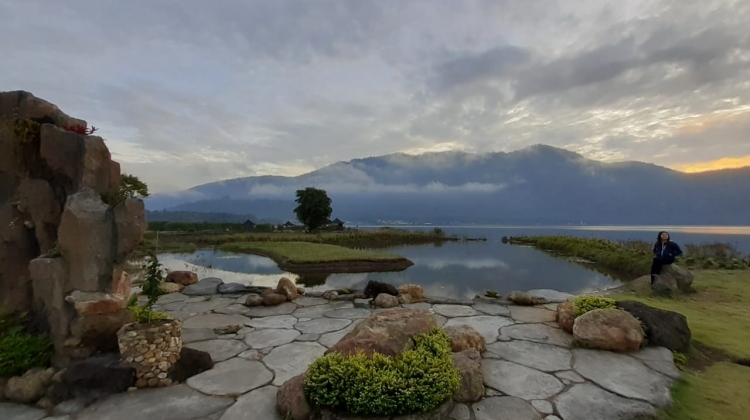 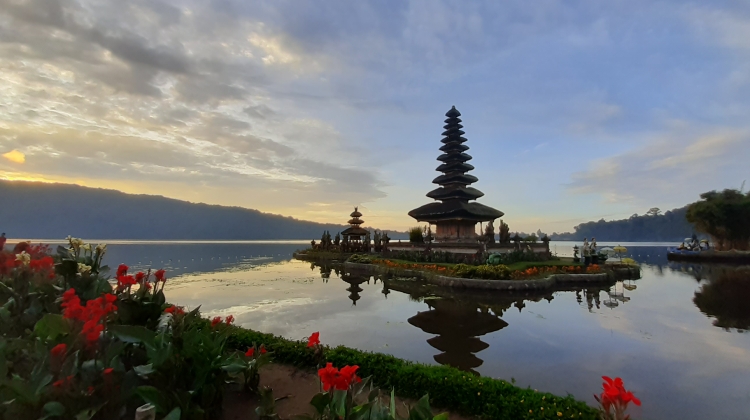 Ulun Danu  Temple  is a Balinese Hindu Temple located at candi kuning country side,Baturiti subdistrict and tabanan regency,the distance from denpasar town is about 50km north side the way from denpasar to singaraja,it,s set at likeside of beratan with beautiful lake view and hill surround it,it,s situated in the plateau area with cool atmosphere surround it and hill as backdrop, temple dedicated to the goddess of the lake is Ida Batari Dewi Ulun Danu on the edge of a huge crater. The dominant shrines are Meru’s (pagodas) dedicated to the lake goddess and the gods of Mount Batur and Mount Gunung Agung, the largest volcano in Bali.
Ulun Danu  temple was built in the 17th century in worship of the main Hindu trinity, Brahma-Vishnu-Shiva, as well as the lake goddess, Dewi Danu. The sight and cool atmosphere of the Bali uplands have made the lake and this temple a favourite sightseeing and recreational spot as well as a frequently photographed site. Ulun Danu Beratan Temple, literally ‘the source temple of Lake Beratan’, is easily the island’s most iconic sanctuary sharing the scenic qualities with the seaside temples of Uluwatu Temple and Tanah Lot Temple. The smooth reflective surface of the lake surrounding most of the temple’s base creates a unique floating impression, while the mountain range of the Bedugul region encircling the lake provides the temple with a scenic backdrop.

Ulun Danu Temple mostly called as a Ulun Danu Temple but not to be confused with Ulun Danu Batur Temple, which is on the rim of the caldera at Batur Lake. It is especially important for the Balinese. Only here can you get holy water of a particular variety. The water is collected from the lake itself, directly in front of the temple. Visitors have to wear a sash and not go near. Bathing is forbidden. The lake is the ultimate source of water for the rivers and springs that irrigate central Bali. It is therefore of the utmost importance. The temple priests say that the lake is fed by springs located at each of the wind directions. Each of the springs is the origin of water for that particular region of central Bali. So, farmers from North Bali collect their holy water from the northern spring of the lake and so on. Ulun Danu Temple lies by the western banks of Lake Bratan in the Bedugul Highlands at a level of 1239m, is one of the most picturesque and most photographed temples in Bali. Ulun Danu is inside the caldera of the now extinct volcano Gunung Catur. It is one of the main sources of irrigation in the Balinese highlands, and so the temple is dedicated to Dewi Danu, the lake goddess.

THE HISTORY OF TEMPLE

Ulun Danu temple can be traced back to the rise of the Mengwi kingdom. The name of Ulun Danu Beratan Temple is taken from the lake where the temple is built at Beratan Lake. The name of Beratan Lake is inseparable with the Beratan Mount as Deity and Goddess as fertility source, prosperity to keep the prosperity in life and society life. In Papyrus Chronicle of the Mengwi is elaborated by the history of Ulun Danu Beratan Temple founding together with existence of the Mengwi Empire. Therefore its status is pertained with the secondhand of Temple Empire what is usually pertained as Dang Kahyangan. It is the same to the description in papyrus of Usana Bali and Padma Bhuwana, hence Puncak Mangu Temple where the Panyawangan (representative place to worship) is the Ulun Danu Beratan Temple. So it is called by entire Balinese residents as Kahyangan Jagat (The Biggest Group of Hindu Temple in Bali )

The ‘floating’ temple complex is comprised of four groups of shrines, including the prominent Lingga Petak shrine to its east. There are four gates facing each of the four points of the compass.
Ulun Danu Beratan Temple is consisted of 4 temples complex that are:

THE CEREMONY OF ULUNDANU TEMPLE:

The temple ceremony execution at Ulun Danu Beratan Temple is consisted of two types those are:

Ulun Danu temple ceremony which is executed every six-month (210 days) that on Anggara (Tuesday) Kliwon Julungwangi (Base on Balinese Hindu calendar). Every 12 months (420 days) is executed by the bigger ceremony from the ordinary ceremony, so-called Piodalan Agung
Pakelem ceremony is executed at any times as according to situation and condition. The Pakelem ceremony owns the function to worship the supremacy and also cheapness of the infinite for award of life, fertility, prosperity, as impact of the existence of ecosystem balance so that give the benefit for life and universe life forever and ever, during Beratan Lake and Beratan Mount stand up

Another interest place can be visisting during do ulun danu temple  tour ; 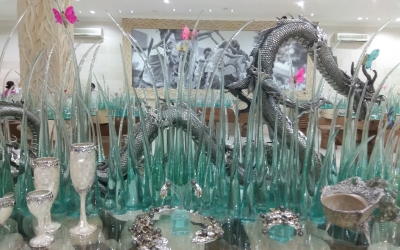 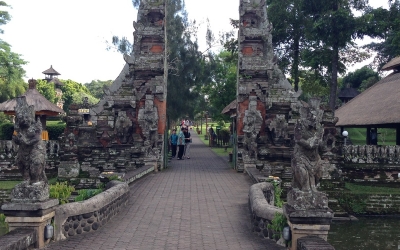 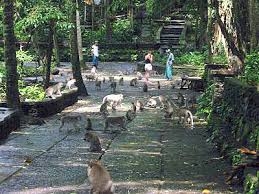